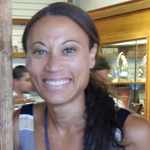 Prior to co-founding Plural with Ingrid Van Haastrecht, Mina worked for nine years as an intellectual property attorney on behalf of nonprofit and for profit corporations, artists, and scientists during which time she developed expertise in conducting research, project and relationship management, and identifying and handling the particular legal and business needs of organizations operating in the creative industries. A U.S. citizen, she has a particular commitment to working with diverse communities and has most extensively worked with Native communities in the U.S. and Canada on developing strategies to support, protect, and share cultural assets. Mina has a background in dance and theater, studied photography at the School of Visual Arts and the International Center of Photography, received an AB from Dartmouth College, JD from Harvard Law School, and an MA in Arts Administration & Policy from the School of the Art Institute of Chicago.

Prior to co-founding Plural with Mina Matlon and permanently relocating to the U.S., Ingrid worked for 15 years at one of Canada’s leading financial institutions where she developed expertise in strategy development and consulting, analytics, and project and relationship management. Currently, Ingrid is also the Assistant Director of Membership and Annual Giving at the Art Institute of Chicago and is the founder of Art Founders Inc., an arts and cultural organization inspired by the lifelong work of Master Shen-Long, a Chinese contemporary artist, poet, and Buddhist Master. A Canadian citizen, Ingrid has a background in the visual arts and music, received an MBA in Strategic Management from Laurier University in Canada and a MA in Arts Administration & Policy from the School of the Art Institute of Chicago. 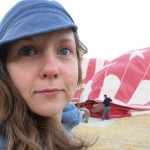 A U.S. citizen, Kaitlyn received her Bachelor of Arts in Theatre Arts from the University of Pittsburgh and her Master of Arts in Arts Administration and Policy from the School of the Art Institute of Chicago. She has over ten years of experience in arts management and has worked as a theatrical director, performance artist, puppeteer, curator, gallery administrator, production manager, standardized patient, and medical education administrator. Kaitlyn’s research includes arts and health programming and the intersection of the arts, health, and cultural equity. 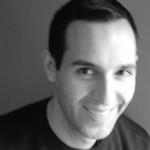 A practicing architect for 12 years, Alex, a dual U.S. and French citizen, received his Master of Architecture from the University of Arizona and a Master of Arts in Arts Administration & Policy from the School of the Art Institute of Chicago. A curator and editor, he is particularly interested in art, culture and design produced by a new generation from the Middle East and its Diaspora. His articles have appeared in publications such as Muraqqa, Brownbook, Kalimat, Aramco World, and Harper’s Bazaar Arabia. In 2012, Alex undertook a field study exploring museum creation in Bahrain that was published in January 2013 in Reimagining Museums: Practice in the Arabian Peninsula, the first book to explore museum practice in the Arabian Gulf. In addition to his published work, he has taught and lectured at the School of the Art Institute of Chicago and the Chicago History Museum. As the PR and Marketing Director for D’NA, the Riyadh-based concept store/gallery, he also has a background in graphic design. For this project, Alex is assisting with design of the final report/artist book and contributing a piece on Arab American literary arts. 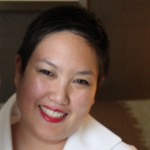 A Canadian citizen, Jacqueline has a doctoral degree in Art History from Arizona State University with research emphasis in Chinese art.  She has organized and independently curated several art exhibitions, including at the Phoenix Art Museum, ASU Art Museum, and the University of Toronto Art Centre, as well as published extensively on early and contemporary Chinese artists. She currently teaches East Asian Art History at the School of the Art Institute of Chicago, and researches Chinese Art at the Art Institute of Chicago. An experienced writer, editor, and web designer, she is managing the web design and digital media component of the project. 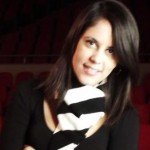 A Mexican citizen, Patricia possesses a bachelor’s degree in Communications and Marketing and a Master of Arts in Arts Administration & Policy from the School of the Art Institute of Chicago. She has a professional background in the performing arts, worked as a journalist, and for three years was the PR, Marketing and Communications Director at the Espacio Cultural Metropolitano (METRO), where she developed expertise in strategic planning, marketing and programming. She is currently the Marketing and Sales Manager for Redmoon Theatre. For this project, she is assisting with the project’s field research component. 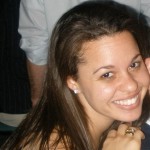 A U.S. citizen, Jasmyn studied political science and history at Northwestern University and is a rising second-year graduate student in the Master of Arts in Arts Administration & Policy program at the School of the Art Institute of Chicago. Prior to graduate study, she lived in London and New York and worked in civil litigation and nonprofit governance and administration. She has also studied traditional Hawaiian dance, culture, and language for over 15 years. Jasmyn is conducting research for this project. 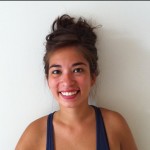 A U.S. citizen, Madeline is a dual Masters candidate at the School of the Art Institute of Chicago. Studying in both the Modern Art History, Theory, and Criticism and Arts Administration & Policy programs, Madeline is interested in issues of cultural representation in museums and authenticity as a Western construct. Madeline currently interns in the membership department of the Art Institute of Chicago and has also worked at the Green Gallery in Milwaukee and the Nelson-Atkins Museum of Art in Kansas City, Missouri.  She has her Bachelor’s Degree in Fine Art from the Kansas City Art Institute. Madeline is conducting research for this project. 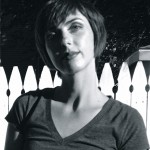 Born in Ukraine and a U.S. citizen, Alda is currently pursuing her master’s degrees in Art History, Theory, and Criticism, and Arts Administration & Policy at the School of the Art Institute of Chicago. Carrying her fine arts and dance background into a critical, curatorial practice, she has organized a wide range of festivals and exhibitions strongly concerned with the presentation of diaspora communities. In 2012, Alda served as the director of discourse for Rapid Pulse International Performance Festival in Chicago, where she engaged artists, scholars, and art professionals in probing questions of regional specificity and transnational cross-fibers within performance art. Recent years have funneled Alda’s research towards social and political activism at the core of art produced in Eastern Europe during the complex administrative transformations since 1989. Her primary responsibility on this project will be to assemble the visual content for the final report.

Rebecca Duclos, Dean at the School of the Art Institute of Chicago, is an ad hoc member of the project team. 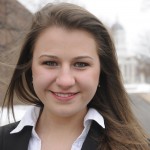 Yaryna Klimchak, also known as Yara, is a storyteller first and foremost. She grew up in Chicago but is originally from Lviv, Ukraine.  Growing up in the Ukrainian diaspora community in Chicago has given her a heightened interest into the study of cultures and immigration. Yaryna received her convergence journalism degree from the University of Missouri School of Journalism and her bachelors’ degree in Spanish from the MU School of Arts and Science. She has used her multimedia storytelling skills while producing promotional material and feature stories for the various departments in Missouri state government. She has also worked on a team with other multimedia storytellers for the United Nations Alliance of Civilization. In addition, this wanderlust spent a year in Sarasota, Fla., reporting community news, filming mini documentaries and photographing covers and special sections for the Observer Media Group. Today, Yaryna serves as the public information specialist for the Missouri Department of Insurance, Financial Institutions and Professional Registration, where she produces a weekly educational video podcast, handles media requests, writes articles and disseminates tips to consumers through social media. 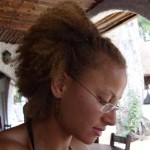 Jordanna is a globetrotting ethnographer who has lived in ten countries on six continents and is currently a postdoctoral fellow at the Institute for Advanced Study in Toulouse, France. An American métisse who spent formative years in West Africa, her experience of race has been unstable and contingent, and always on the other side of the majority. She is thus intrigued by how we construct and perceive the “other” in direct exchanges and imagine her across a global terrain, and with the creative, contested, or consensual responses that ensue. These interests have articulated broadly in the study of Africa and the African diaspora, the relationship between culture and identity, globalization, post-colonial theory, and urbanization, and her dissertation explored the livelihoods and lifestyles of men in Abidjan, Côte d’Ivoire’s informal economy. Jordanna is committed to producing scholarship that is pertinent to the most pressing issues of our day, engages a public beyond the academy, and ultimately builds bridges between increasingly disparate worldviews. She holds a BA from Columbia University and an MA and PhD in Sociology from UC Berkeley. 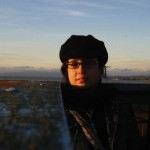 Leena Minifie (Tsimshian) is from the Gitxaala Nation on very north west coast region of BC. She is a video, performance and interactive artist. As a trained dancer and choreographer, movement greatly informs her practice and life.  Leena has screened three of her films at international film festivals, and her last film produced, ?E?anx/The Cave, played at the prestigious Sundance Film Festival in 2011. Her BFA graduating project Sense of Home, an interactive sound and video installation won Best New Media 2012 at ImagineNATIVE Film and Media Arts Festival. Leena finished her BFA in New Media and BA in Indigenous Liberal Studies in Santa Fe before moving to Regina in 2013 to serve as the Director of Sâkêwêwak First Nations Artists’ Collective. 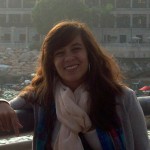 A U.S. citizen, Margaret is a writer and ESL teacher living in Ho Chi Minh City, Vietnam. Prior to living abroad, Margaret lived in Chicago, Illinois, where she specialized in communications, journalism, and nonprofit work. She has worked at the Illinois, Science & Technology Coalition, Crain’s Chicago Business, and the Redeye Chicago. Her work has been published both at home and internationally, including the New York Times and Word Magazine in Ho Chi Minh City. Margaret received her Bachelor of Arts Degree in Journalism from Columbia College Chicago.